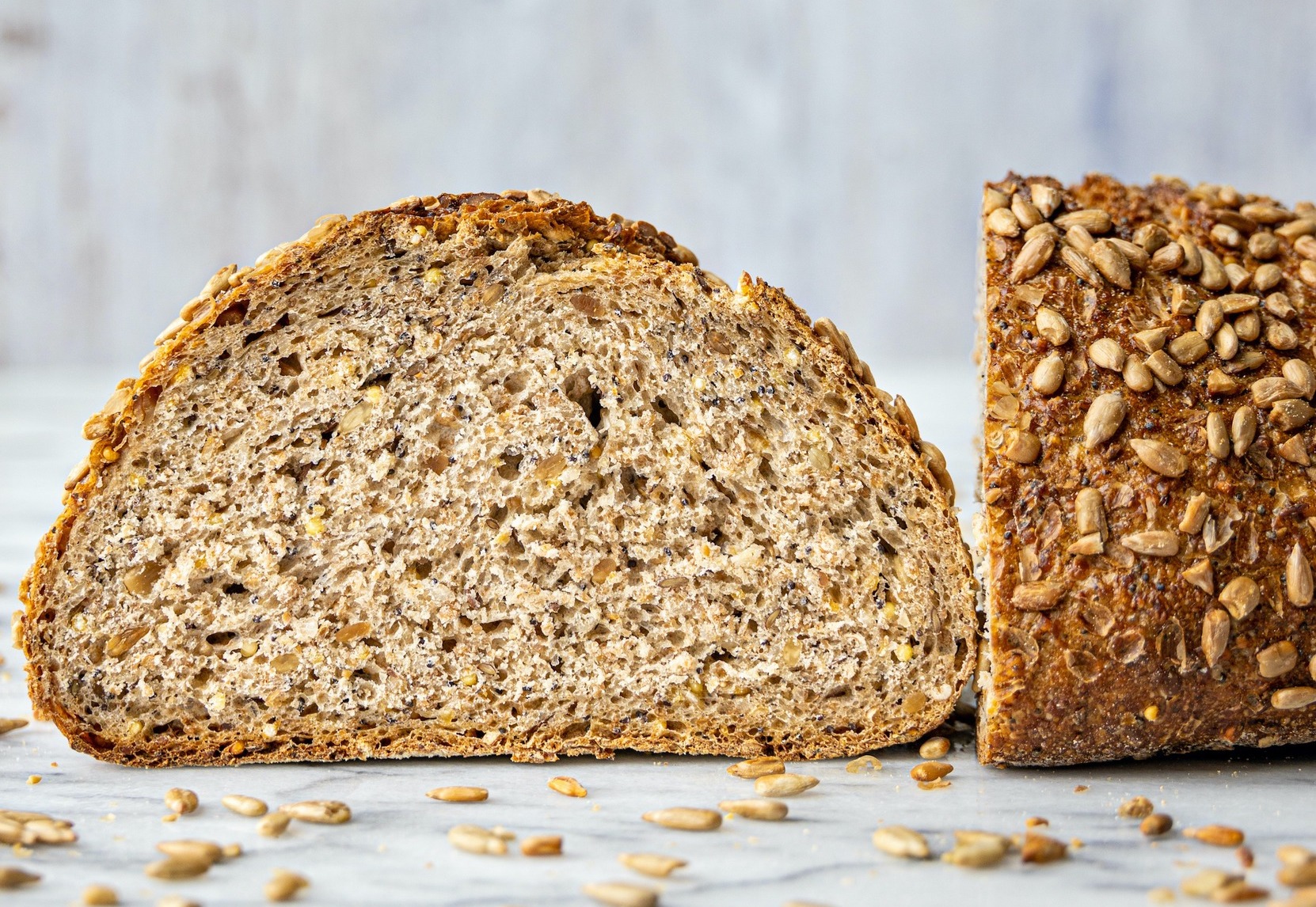 Zingerman's Bakehouse has been working to build partnerships to advance regional grains. Shown above is their 8-grain 3-seed loaf, made with Michigan grains.

Zingerman’s Bakehouse began in 1992 with eight bakers, six recipes and a single customer: Zingerman’s Delicatessen, an institution in Ann Arbor, MI that had opened ten years earlier. This video shows how the bakery grew, and how Zingerman’s habit of growing food enterprises developed. In fact, over the last 40 years, the community of businesses under the Zingerman’s umbrella has stretched to more than 11, and now includes a candy factory, creamery, and ZingTrain, the organizational leadership school with a philosophy of Open Book Management and prioritizing relationships.

“As a bakery that's been around for quite a while, we're still essentially the same,” said co-managing partner Amy Emberling (pictured, right). While the numbers of recipes (150+), staff (140+), and loaves (1.5 million/year, give or take) have increased, the original intent of the bakery is steady. “We set out to be a great bakery. We do what we always did, but we keep trying to do it better.”

For Zingerman’s Bakehouse, being great and doing better includes, according to its website, using “traditional recipes, time-honored processes, our hands, and the most flavorful ingredients we can find.” Most bakeries that work at such volume use more machinery than people, but all of Zingerman’s bread and pastries are shaped by hand. Over time, they’ve incorporated increasing amounts of whole grains and freshly milled flour, installing their first New American Stone Mill in 2018. They now have two, which they use to grind grain for their baked goods and to sell retail packages of flour.

Educating the public about choices in the bakery–from why crusts are dark and crunchy, to how fresh milling amplifies flavor and nutrition, and how their Roadhouse loaf is tied to early American thirded bread–is a significant part of the Bakehouse’s work. They launched classes for home bakers in 2006, seizing on the curiosities their customers expressed. BAKE! now offers a broad suite of learning opportunities for both adults and children, teaching bakery classics, how to use natural leavening, and more. Classes sell out regularly, both remote and in person, representing a significant influence on future understanding and appreciation for the art and science of baking. Students are very responsive, Amy said, to fresh milling and the ideas of a regional grain economy.

For the last 15 years, and with heightened intensity for the last five, they’ve been working toward building partnerships to advance regional grains. When the bakery began, they sourced from a now-defunct Ann Arbor-based mill, The Daily Grind.  They’ve also explored initiatives with area farmers who were interested in trialing different kinds of culinary grains over the years, and have seen crop failures and plenty of other challenges along the way. The acquisition of their own mills has created new opportunities and recently, they made a good connection with a farmer in Frankenmuth, Michigan who is part of a network of farmers figuring out how to connect with new markets, change how they do their farming, and enter into more food-grade production.

But trying to be a positive player in the regional grain economy means more than just finding farmers to source from and buying mills, it also means elevating other area grain-based businesses. AGC member Janie’s Mill is one of Zingerman’s sourcing partners–their grains are baked into some of Zingerman’s loaves, as well as their brownies and hot cross buns, which sold like hot cakes this year following the recipe formulation with Janie’s Mill’s flour. They’ve also executed an exciting partnership with AGC member Teffola, creating a Cherry Cacao Granola that features locally rolled oats, teff, and buckwheat, now available for purchase at many of their locations (shown below).

Amy hopes that bakeries beyond the AGC community might learn about what Zingerman’s Bakehouse and other AGC members are doing to make more local grains happen by pursuing connections within their communities. Integrating flour and grains from known sources into a bakery isn’t a simple task, but can be made easier through tactical choices, like selecting a single item on the menu and reformulating its recipe as a start. Changing anything within an existing bakery’s setup and sourcing can be risky, which is why so many often stick to existing patterns: customers have stiff expectations about their beloved baked goods, and bakers tend to tiptoe around interrupting those ideas and the ingredients they are accustomed to. But the recalibration is worthwhile, even though it can be difficult to get right. Just take it from Zingerman’s Bakehouse– they’re on their grains path, and are working to reach the impact they eventually hope to make.