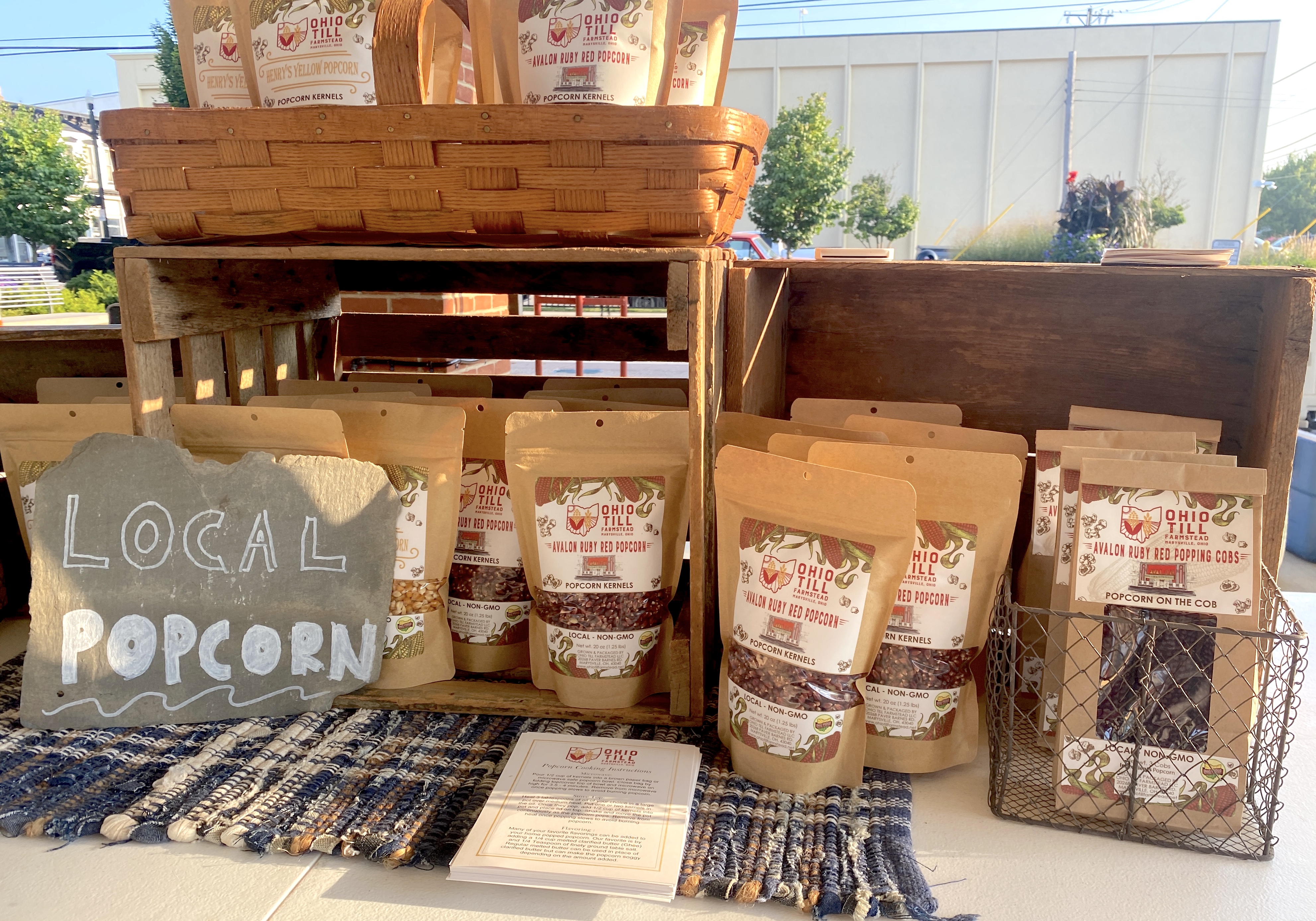 Ohio Till Farmstead is a farm that very much wanted to happen, and through many tendrils of research and spider-webbing, Tim and Michelle have brought their vision to its beginning.

Tim and Michelle Schacht run Ohio Till Farmstead in Marysville, Ohio. These first-generation farmers planted their first crops in 2020, realizing a dream that Tim didn’t think he’d fulfill until retirement. “I grew up out in the country in Northeast Ohio, and watched the farms erode away into this urban sprawl of housing developments,” Tim said. His family loved walking in the neighboring small farm’s pastures before they became house lots, and Tim learned how to drive on an antique Massey Harris tractor, but didn’t come from a farm family. Without generational land, equipment, and knowledge, he wasn’t sure farming was in the cards for him.

Tim started his career as a diesel mechanic and then trained as an architect, while Michelle works on supply chain logistics for the local Honda plant. They have two sons and as they started to grow their family saw an opportunity to incorporate a small acreage into a home purchase. In doing so, they wanted to connect more deeply to their community and build a farm business they could eventually pass down to their boys.

Most of the farming around them is corn, soy, and wheat sold for commodity markets and farmers don’t generally have strong links to the businesses or people that use what they grow. Tim and Michelle wanted their work to be person to person, so Tim turned to Google, hunting for terms like: first generation farmer, farmers’ market, and staple crops, and found articles that described farms that helped him and Michelle build a business plan. “I had all of the ideas of how I wanted us to operate as a farm, selling local, growing healthy diverse crops, using cultural and regenerative farming methods without chemicals, but I just couldn’t find the folks practicing what I had in my head. I knew it wasn't anything new but without growing up in agriculture, not knowing the exact terms and not having a community to ask, I was in my own bubble,” said Tim.

Avalon Ruby Red Popcorn was the farm’s initial product, named after a non-profit theater that Tim worked on as a designer, and now serves as a board member. Gourmet popcorn was a smart first crop, because it can be sold whole, requiring minimal processing and equipment—only a cleaner—and the food is recognizable to the public, meaning people know how to use it and it's easier to sell. Through connections with farmers’ markets and other retail locations, the food Tim and Michelle grow already has a footprint in the community, just as they wanted.

The first year they planted eight acres, then doubled that the next year. Thanks to their presence in the real and virtual community around them, when they put out an ask for more acres, they found them. “I wrote a post saying we were interested in growing organically and we’ve been able to get some long-term rentals for more fields,” said Tim. Now they have 60 acres to plant, part of which is in longer-term leases that allow them the time to invest in transition to organic certification. This year, they are growing a few different varieties of corn, hulless oats, hard red spring wheat, buckwheat, black and pinto beans, sunflowers, and soybeans.

Tim says meeting people and ideas through the AGC network has helped the farm in many ways, including identifying seed stock and crop options, and overcoming the hesitancy they had about farming organically and the certification process. Connections to other like-minded farmers through AGC’s Farmer Collaboration Working Group and partnerships with broader networks like AGC member UW-Madison OGRAIN is, according to Tim, “a game-changer.”

Connections to fellow AGC members like Shagbark Seed & Mill are invaluable, he says. Tim found them while seeking help rolling oats, and now belongs to the Appalachian Staple Foods Collaborative’s Miller Peer Group; this has been very helpful since they'd like to get a small mill or collaborate with a mill to process grains under their brand. AGC member Mad Agriculture, the regenerative financing operation based in Colorado, has also been an important relationship for Ohio Till. While the farm only needed a small loan to get their operation running, they struggled to find an appropriate option because operating loans for farms are generally based on the types of farming that presently exists in an area, and their proposal to direct market identity-preserved organic grains was not the norm. Mad Ag was able to step in and provide right-sized financing to allow Ohio Till’s operation to begin and to grow.

This is a farm that very much wanted to happen, and through many tendrils of research and spider-webbing, Tim and Michelle have brought their vision to its beginning.