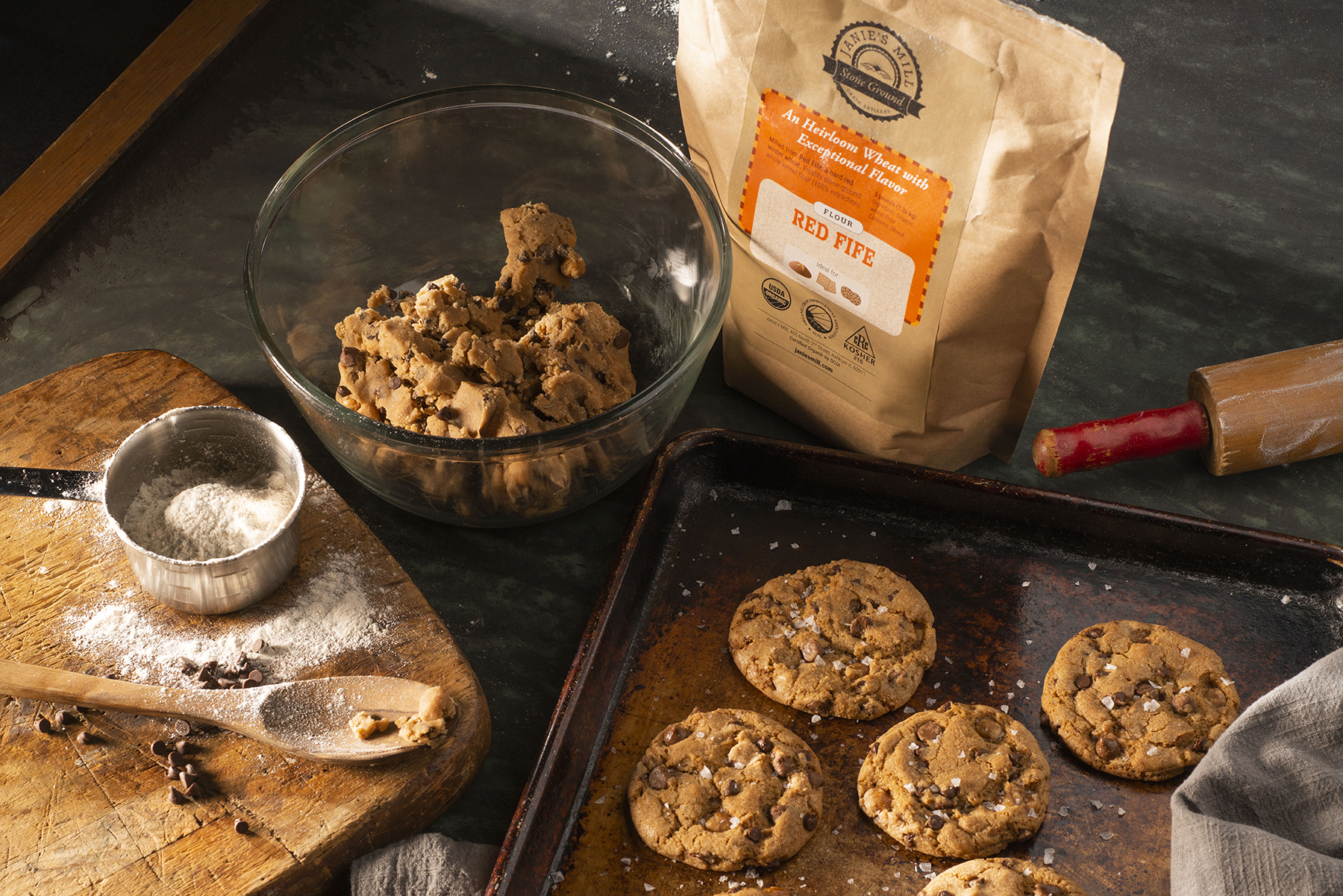 Janie's Farm and Mill in Danforth and Ashkum, IL produces organic, stone-milled heritage and whole grain flours for wholesale and retail markets throughout the Midwest and beyond.

From the moment you put a piece of bread in your mouth you are part of the world.

Who grew the wheat? Who made the bread? Where did it come from?

You are in relationship with all who brought it to the table.

This is how Janie's Mill began a recent dispatch to customers, naming the practical poetry at the heart of their enterprise. The Wilken family has been farming in central Illinois for generations, and transitioned from conventional to certified organic production 18 years ago after Harold and Sandy Wilken’s daughter Janie died in a car accident as a teen. Honoring her memory inspired Janie’s Farm, a founding AGC member, to make the switch, which they’d been considering for a long time. In 2018, they opened a flour mill, headed by Jill Brockman-Cummings, to create a profitable value-added market for the farm’s organic wheat, an important rotational crop that wasn’t economically viable on the commodity market.

Janie's Farm is a team of eight working 3,300 acres of land at their home farm and 23 rented farms in a 35-mile radius around them. Landowners reach out to the father-son team of Harold and Ross Wilken because they're organic.

Switching to organic growing practices requires a steep learning curve and a three-year ‘transitional’ period between sales of conventional and organic crops. This window of time is expensive for a farm, because during those in-between years, farmers are unable to sell at the premium prices of a certified organic crop. Switching from conventional corn and soy to organic food-grade grains is another layer of tooling up, building skills, and taking risks that established farmers often resist. rowing corn and beans is attractive because these crops generally hit performance metrics; since Illinois’ humid summers make growing organic wheat a challenge, it can be hard to imagine taking this leap. In fact, this year the mill brought in some grains from the western U.S. because of crop failures.

When Janie’s Farm first went organic, Harold says neighboring farms didn’t think much of the idea. Fortunately, opinions about farming organically have changed in the last couple decades, and more young, first time, and second-career farmers than ever are ready to embrace organic production from the start.

According to Harold, “Janie’s Farm really gets a buzz off of taking soil that’s been farmed conventionally for 60 years and transforming it into a medium that can grow healthy, nutritious grains that feed people. And then I also get the joy of delivering this flour that people love.”

Most—90%—of the grain handled at Janie’s Mill is from Janie's Farm; however, the mill only processes a small portion of what the farm grows. The mill’s ready access to their own grain allowed them to respond very well to the boom in flour demand during the early pandemic. And there were many students suddenly out of college and high school in their community, ready to work at the mill. While orders have slowed since that wild time, the mill continues to employ 18 people in a range of full and part-time jobs, and makes 35,000 - 40,000 pounds of grains into flour each week. Much of this freshly-milled flour, as well as whole grains, are distributed personally by Harold throughout the region.

Like other regional-scale mills, the mill stones at Janie’s Mill grind whole kernel flour. They use that term to distinguish their stone-milled products from the “whole wheat” flours most folks know, which are typically processed with a roller mill and thus made up of mainly endosperm, the part of the grain kernel that holds the starch and protein, and lacking most of the nutritious bran and germ.

“Whole kernel flours begin by crushing the entire grain kernel, and even our lightly sifted flours contain bran and germ,” said Jill. The team at Janie’s Mill uses two Engsko mills, a Danish setup with composite stones that are four feet in diameter (pictured below). The system takes grains through multiple passes, sifting out large particles and regrinding them until a very fine and consistent flour is achieved. The mill operation also includes separate equipment to prepare grains for distillers, and flaking equipment for breweries and other food producers. See their website for additional context and great visuals.

Janie’s Mill’s flours and their grains for home milling have many fans, both in their backyard and throughout the U.S. They know that personal connections make this flour flow, such as in the retail shelves at AGC member HEWN in Evanston, IL where many Janie’s Mill products meet the public. These relationships extend to their tightly knit reciprocal links to the makers that use their flour. Recently, Indiana-based AGC member Muddy Fork Farm & Bakery paid a visit to Ashkum for a tour of the mill, and wrote about the experience in their weekly newsletter. This, and Muddy Fork’s other communications, are well worth a read, as they often illustrate how a bakery, farm, and mill intersect.

Learning more about Janie’s Farm and Mill is easy, because there have been a lot of great stories about them the past couple years, including from FEAST And Field, WGLT radio and The BBC.

Follow the farm and mill on social using the links below.