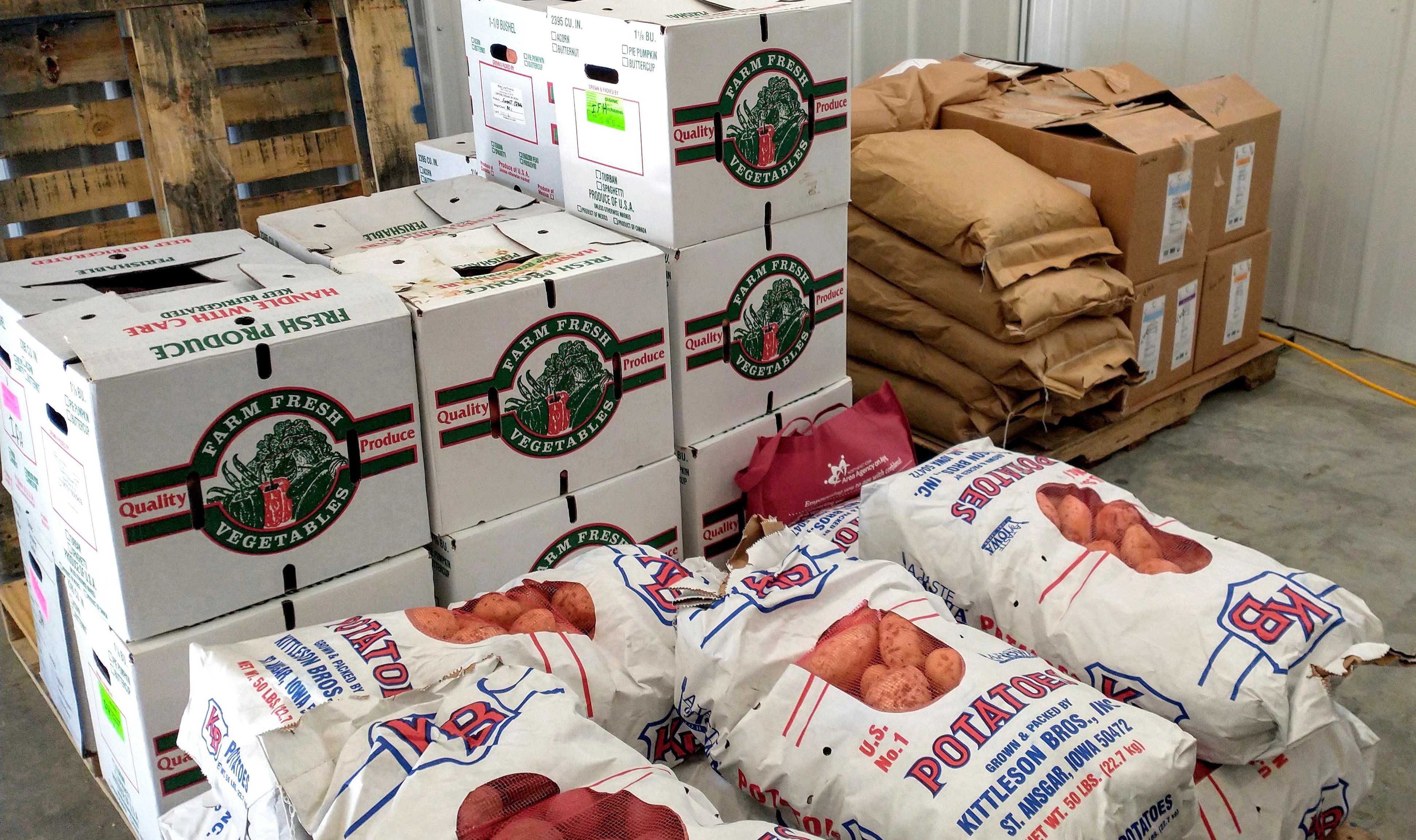 Iowa Food Hub (IFH) is a navigator and match-maker that provides locally-grown food to schools, colleges, restaurants, and grocery stores in and around Decorah, Iowa.

Logistics and distribution are key to the success of farms and food manufacturers that sell to local and regional markets, and this organization has been serving more than 80 food and farming businesses to realize these connections for nearly a decade.

The shape of this enterprise has not been static; in fact, the business closed in 2019. What began in 2012 as an effort to aggregate CSA (community supported agriculture) boxes from multiple farms took on terrific steam but eventually ran into serious trouble. An accident en route to a delivery resulted in a totaled truck, and around the same time, several anchor accounts ended their contracts. When IFH couldn’t overcome the resulting cash flow spiral, they ended up closing and selling everything they owned.

Fortunately, the demand that the hub helped generate and serve in its first iteration brought the business back to life in the past two years. Clients that had been buying from the food hub, especially institutional buyers, still wanted local products and needed logistical and distribution support to make it happen. Luther College, also located in Decorah, has a well described sustainability plan which includes a mandate to buy local and community-based food. However, neither area farmers nor institutions like Luther College could replicate the distribution network that had existed through IFH, so Iowa State Extension stepped up to assist, and got a smaller operation up and running. The scaled back version turned out to work, and after a year, IFH hired general manager Peter Kraus in the midst of the pandemic.

Peter is well suited to the job. He grew up in the area on a vegetable farm that sold (and continues to sell) to IFH, and has worked in a variety of other food, farm, and environmentalist settings. For example, he’s been an educator in Olympic National Park and started a cottage bakery called Driftless Sourdough while working on small farms in Maine from 2014-2016. There he encountered the Maine Grain Alliance and the Maine Grains flour mill, and fell in love with the idea and reality of food-grade grains transforming farms and communities.

He named his roving baking enterprise after the geographic area spanning SE Minnesota, SW Wisconsin, NW Illinois, and NE Iowa, a region that was not covered by ice during the last ice age, and therefore retained the original topography and drainage systems of gullies, ravines, and deep river valleys that preceded it. This geography informs the farming that takes place in the Driftless area, and its undeniable place-based truth informs Peter’s approach to work, life, and food. Understanding both the concerns of food service directors and the limits of farmers, he helps everyone appreciate each other's perspective.

“Now the food hub is growing as carefully as we can to avoid past pitfalls, but there are a lot of things coming down the line that are really exciting,” he said. Federal money related to the pandemic is enabling expansion, so IFH has to figure out how to grow at a pace that works for farmers. Farm to School and wholesale procurement are key parts of the work, with delivery routes from producers to customers three or four days a week. An online farmers’ market that came out of the pandemic is the other channel they use for sales, and through which Peter sells the Neighbor Loaves he bakes. Baking is otherwise on hold, but he says, "I now focus my energy into fostering the kind of local grain environment and community that I would have wanted as a baker." Occasionally, IFH also acts as an aggregator connecting food pantries to local foods, as shown at right, picking up donated yogurt from Country View Dairy.

In grains, IFH connects farms throughout the Driftless region to markets, extending the reach of producers like AGC members Meadowlark Community Mill and Rhythm Bakery. See IFH's grains and other pantry staples here.

Wholesale flour sales to schools is particularly challenging, because alternative staples are available for cheap or free. In addition, changing recipes takes time and money and is a big risk against meeting customer expectations. Instead of trying to compete with commodity grains, IFH looks to nudge the needle on regional grains through special occasions. This approach has worked with in the past with farm-to-school meat. “Having local hamburgers grilled by the local cattlemen’s associations is really special. Whole wheat pizza with local flour is similarly exciting and helps ingrain the food in kids’ heads,” Peter said. “We can change the system from that level.”