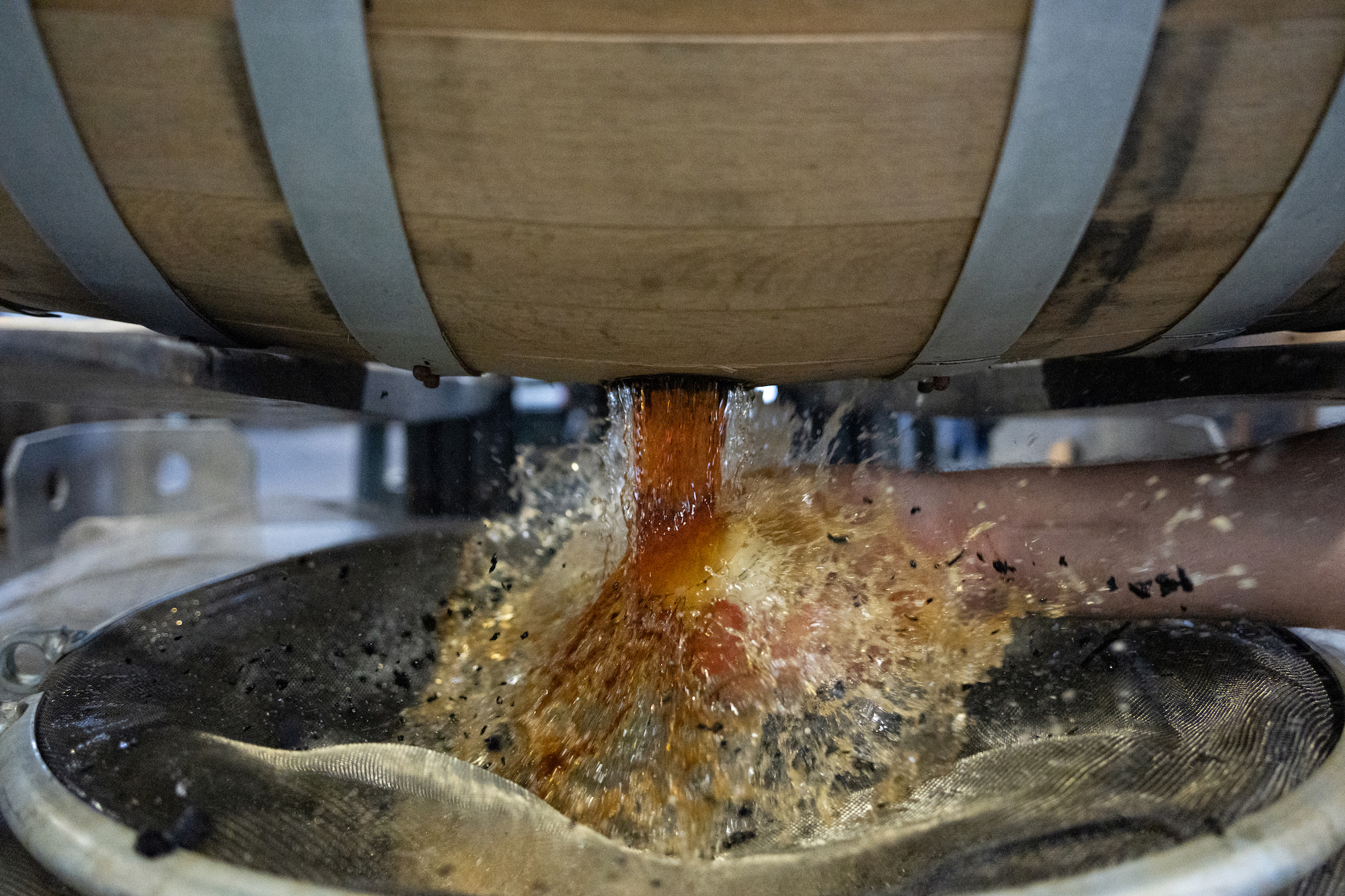 Far North Spirits is the farthest north of all distilleries in the lower 48 United States, and that’s not the only way the Minnesota value-added farm business stands out; it is also the only certified pollinator-friendly farm distillery in the country. Mike Swanson & Cheri Reese’s 1200 acres has been farmed by Mike’s family for a century, and is one of only a handful of North American distilleries that craft whiskey from single varietal grains. While such enterprises are common for wine, Far North is working to inspire other distillers to get excited about variety preservation, terroir, and farm-focused storytelling.

The fact that ingredients, and where and how they are grown, matter in making food and beverages is a given in certain artisan products, like cheese and coffee. But grain-based products, from flour and bread to craft malt, beer, and spirits, need to prove that different production aspects make a mark. Far North’s research into rye varieties’ impact on flavor began with a simple phone call from a Maine farmer seeking a particular type of rye seed. The distillers the Maine farmer grew for said a Canadian variety, AC Hazlet, had more of the round vanilla notes that are desired in a rye whiskey. The inquiry got Mike’s  former-medical-researcher-gears turning, thinking that there must be a study examining this. Yet, in reviewing the literature, he couldn’t find any. The small grains specialist at the University of Minnesota hadn’t heard of any studies, either. If commercial research was done on varieties influencing flavor, it was proprietary.

So Mike applied for a research grant from the Minnesota Department of Agriculture, and used it to conduct a study of his own in concert with agronomic field trials by the University of Minnesota.  “I grew 15 different varieties of rye over the course of four years. And we milled, mashed, fermented, and distilled each of them separately. All other things being equal, we were able to determine that the variety of rye alone impacts the flavor of the whiskey,” he said in a recent phone call. The wind whipped around his words as he walked the farm, which is twenty-five miles from the Canadian border.

Using sensory trials, they put the white whiskey distillate—unaged whiskey—in front of as many people as they could. They learned that barrel aging amplified the taste of each variety, creating further distinction.

For Mike, sharing this rye study was as important as doing it. Far North made a very readable and thorough webpage dedicated to the info, and the report is available there as a download. In the course of doing this research, Mike gave talks about the study. People always asked why it wasn’t done before, sometimes folding in an assumption that Big Ag was hiding the impact of varieties, an assumption he refuted. “I think our system of handling grain prevents that knowledge from getting out there. When you bring grain to the elevator, that's where the variety information is lost. Spring wheat is just spring wheat and rye is just rye,” he said. When these crops are commodities, farmers and buyers are concerned with yield and primary performance qualities of grains, such as protein and moisture. The bulk handling of grain makes individual varieties and their associated special traits and beneficial qualities unimportant, and sometimes, invisible.

Mike also likes making connections regarding the history of farm spirits. “Whiskey distilling is the oldest vertically integrated ag business in the country. Farmers were distilling their crop into whiskey 300 years ago because it made sense. It was a very simple way to turn your crop into cash with minimal inputs,” said Mike. Whiskey doesn’t spoil like grain and it’s far cheaper to ship. Plus, he said, whiskey’s fun.

Connecting with people through their product really motivates Cheri and Mike, and so they are looking forward to being part of the FEAST! Local Foods Marketplace festival in November. Co-hosted by AGC member Renewing the Countryside in Rochester, MN, food and beverage businesses who use locally-grown ingredients will gather to engage with consumers. Far North will be present and sampling whiskies, talking about all that goes into them: malted barley from a neighbor, and rye and corn they grow themselves.

In discussing their work, they find that the Bee Friendly Certification is a way to talk about farming without talking about farming. The context and details of agriculture are hard for non-farmers to picture, and only 1.4% of the population is farming. But pollination is familiar, and really resonates with people, including Mike himself.

“So many pollinators nest in the ground,” Mike shared—an example of just one of the ways the pollinator certification process changed how he sees the farm. An entomologist opened his eyes to the direct connection between pollinators and soil health. For example, the farm plants rye into canola stubble, and the benefits of this practice are significant. Canola is an almost ideal pollinator habitat because the plant’s flowers offer shade to the soil, which provides a good burrowing habitat. With thousands of acres of canola growing on farms near Far North, a vital part of the life cycle for moths is sustained. And because canola is a cash crop, it’s also economically sustainable.

Mike and Cheri are new to AGC, and have begun participating with gusto. Mike gave a presentation about his rye research to AGC’s Research & Variety Testing Working Group over the summer, and has been so generous in sharing what they’re exploring  on the farm and in the distillery. Mike and Cheri’s penchant for learning and desire to make connections and share are inspiring. Continue to indulge yourself in the inspiration by following along with Far North using the links below.