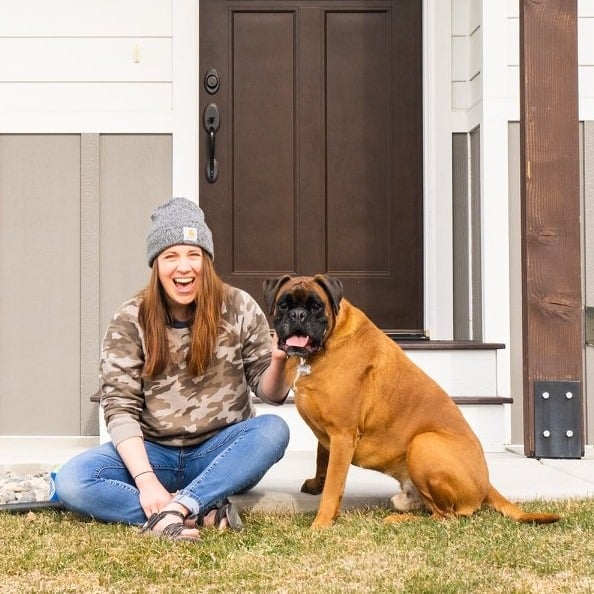 By Artisan Grain Collaborative – April 2020. This interview has been edited for clarity.

The North American Craft Maltsters Guild (CMG) was founded in 2013 by eight U.S. malthouses who came together as advocates for the burgeoning craft malt movement. The organization sustains the tradition of craft malting in North America by making malt visible to the industry and world and partnering with professional organizations such as the American Malting Barley Association, the National Barley Growers Association, and academic institutions to expand malt-related research and cultivate new barley varieties. CMG connects people and organizations across the supply chain and provides education and camaraderie at their yearly conference. The core of CMG’s work is their goal of strengthening and supporting local grainsheds, of which craft malt houses are an integral part. Last year, CMG launched the Craft Malt Certified Seal to help brewers and distillers clearly and transparently convey their use of locally sourced ingredients to end-users and the public.

CMG defines “craft maltsters” as those that produce small batches of malt (5.5 -11,000 US tons per year), focus on local ingredients (at least 50% of grain used must be grown within 500 miles of the malthouse), and are owned independently (at least 76% majority).

Malt is comprised of cereal grains that have been allowed to germinate by soaking in water. Once sprouted, the grains are dried through kilning (baking) or a more traditional fire-powered process. Drying germinated grain converts its starch content into simple sugars, an important step for successful fermentation. Barley is the most prevalent small grain used in malt for brewing and distilling, though corn, millet, oats, rice, rye, sorghum, wheat, and other grains can also be used. Malt is the backbone of beer, adding sweetness, color, body, flavor, aroma, and complexity.

Artisan Grain Collaborative (AGC): In December, you became the new executive director of the North American Craft Maltsters Guild. What piqued your interest in the job?

Jesse Bussard (JB): In 2016, I co-founded a beer-focused events promotion company called Fermentana, based in Bozeman, Montana. We organize Bozeman Craft Beer Week and other beer education classes. Through these events, I became connected with the CMG and was contracted to help run their 2019 conference. I kept in touch with CMG afterward, and when the former executive director, Jen Blair, left, I applied. The position was appealing to me because malt is the marriage between agriculture and beer, two things I’ve been passionate about throughout my life. I have a background in livestock management and ranching and degrees in animal and crop science. I became interested in beer through home brewing.

AGC: Does the United States have a history of craft malting or is it a newer trend that has developed as Americans have become interested in local food and beverage economies?

JB: For the last 50 years or so, malt has mostly been made at large centralized facilities where millions of metric tons are produced each year. An interest in regionally grown malt started with craft brewers who wanted to find local sources for ingredients.

The craft beer industry has grown the agricultural supply chain, a boon to farmers who now have opportunities to produce new crops. Beer barley [versus barley produced for feed] is sold for more money, however it must also meet more rigorous quality specifications and in many states, there is not sufficient crop insurance to protect farmers against the riskiness of growing it. Barley has the potential to be an economically important value-added crop and a good addition to many farms’ crop rotations. Some maltsters are also farmers and grow their own barley; these folks and are a major force driving the expansion of the craft malt movement.

AGC: Why is craft malting important?

JB: The craft malting process is where the art happens. Craft maltsters are able to experiment and to be creative in the process, allowing for a broader range of aromas, flavors, and mouthfeels than can be produced with macro malts. I learned about the sensory possibilities of malt through the hot steep method, which is an evaluation tool designed by Briess, a larger maltster in Wisconsin. (You can watch a video of this process here). When I first became a home-brewer, I would chew malt and eat it like oatmeal to figure out if it would work in my brew. It wasn’t ideal. For a long time that was the only way that brewers could taste different malts.

AGC: There are many brewers who have shown a preference for using regional craft malts citing superior flavor. What is unique about craft malts?

JB: Craft malting means an unprecedented diversity of flavor and the ability to create products that offer regional terroir, the taste and flavor of a specific place. Craft maltsters produce a fresh product right out of the kiln. They are able to do custom orders and can play around and create something really unique. And, they support regional farms. Craft brewers and distillers respond positively to this. You cannot get this same level of creativity and community connection with larger maltsters.

There is a misconception that craft malt will not be as good or consistent as commodity malt. That is simply not true. Craft maltsters must follow the same guidelines as large companies. CMG members test their malts through every step of the malting process to create products that are safe, delicious, and high-quality.

AGC: One of the tenets of CMG’s definition of craft malt focuses on the use of grains grown within a 500 mile radius of the malting facility. Why is it important to CMG to promote use of local grains?

JB: Consumers want to know where their food is grown and where their beer is brewed. We want to help people connect the dots for beer and spirits and make sure that this philosophy goes all the way down the supply chain. We believe this is crucial to help develop strong local grain economies.

AGC: What does the future hold for CMG?

JB: I’d love to see us grow but I am really cautious about setting large goals because of the COVID-19 pandemic. This is a scary time. I cannot confidently make future plans. We just surveyed our members and found that 94% have been negatively affected by COVID. A recent Brewers Association survey showed that the future of that industry is precarious. There will probably be a delay in the economic impact to malthouses as they are waiting to see what will happen with these other parts of the supply chain.

The breweries doing the best right now are those that package their beer, though this is often tighter margin businesses. Medium-sized breweries are doing okay. Some of the maltsters that have a secondary business like a grain mill have kept busy. Many distilleries have switched to producing hand sanitizer and malt can be used to make that product. We see some craft maltsters donating malt to help out. Many companies have slowed production and laid off employees. Some are still going at it and will fill their warehouses and see what happens.

CMG will follow up with another member survey in late April and we’ll know more then. I want to see us get through this hard time and get to the other side without many breweries closing. I’d like to also convey how important it is for consumers to financially support their local breweries and distilleries. Their closures have an impact not only on those businesses, but also on other companies along the supply chain, all the way back to the farm.