Staple foods like grains and beans were first domesticated from wild plants 10-12,000 years ago in various places around the globe. These were the beginnings of agriculture, when people started cultivating seeds in addition to hunting and gathering for food. As people migrated, they carried with them culinary habits, farming practices, and their seeds. For millennia, food choices reflected the agriculture and climate of an area more deeply than it does today.

Grains are the edible seeds of certain grasses, like wheat, rye, barley, triticale, oats, teff, millet, sorghum, rice, and corn. These plants are in the grass family, Poaceae, and at early stages of growth, could be mistaken for the grass that grows in a lawn. Buckwheat, amaranth, and quinoa are pseudocereals, foods that resemble grains but aren’t members of the grass family. None have any gluten, which means that they function very differently from ‘true’ grains in baking. Dry beans and oilseeds, also considered grains, complete staple crop pantries, offering fat and protein to complement human diets. 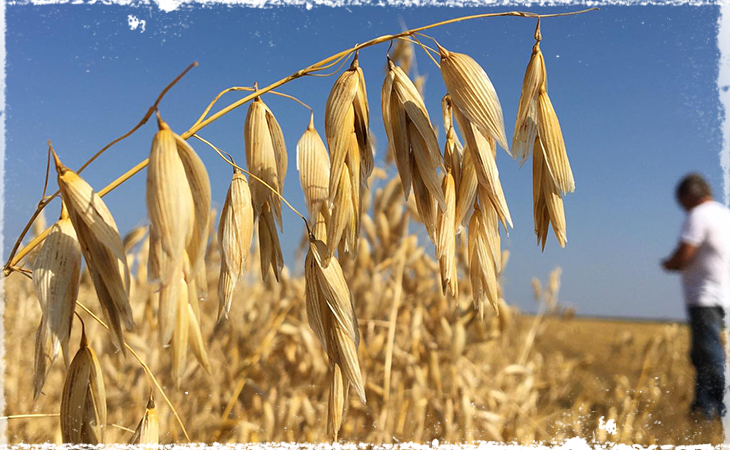 Grains can be planted in the spring or fall, and fall-planted crops can overwinter, even in the chilliest places in the Northern Midwest.Grains were some of the first crops to be mechanized because they are very labor intensive and require multiple stages of handling to be useful as food. Farmers and others who clean and process grains need a range of equipment to efficiently and economically plant, cultivate (weed), harvest, store, and prepare these crops for people to eat. Agriculture is culture, and is strengthened by diversity that reflects different places, traditions, and uses. As modern eaters, one of the most important things we can do to be revolutionary participants in this system is eat a wide variety of grains grown close to us. Different grains affect soil conditions uniquely, and biodiversity is key to building regenerative cropping systems. Just as the human body needs a variety of foods, farms need a variety of plants to keep them and their land resilient, and they need bakeries, restaurants, breweries, distilleries, and individuals to buy those wide variety of foods so they can keep growing them.

Different grains do different things. In cropping systems, diversity is key to build regenerative cropping systems. Crop rotations rotate fields through cycles of crops, to avoid attracting the same pests and diseases to a field year after year. Just as the human body needs a variety of foods, farms need a variety of plants to keep them biologically sound. Eaters can support healthy soil by choosing to eat a range of crops, helping assure farmers there is a market for what they grow.
To find where to buy these grains, head over to our Regional Grain Map

For each grain below, you’ll find the following information (where relevant):

What is the structure of the grain? What does it look like?

Where did the grain come from? Who cultivated it?

What role does this grain play in our regional agricultural system? How does it grow? When is it planted?

What makes this grain special? What is it’s flavor profile? What are some notable nutritional qualities? Which organizations are working with it and/or advocating for it? 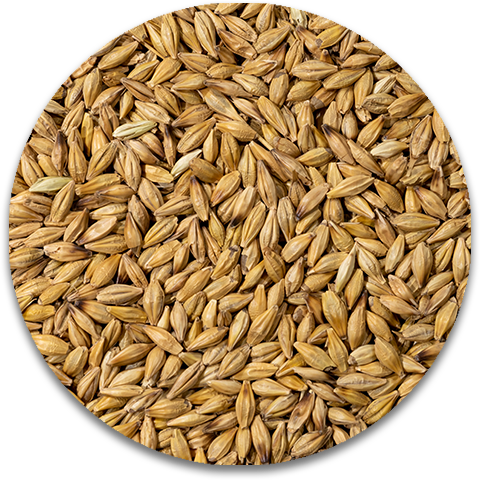 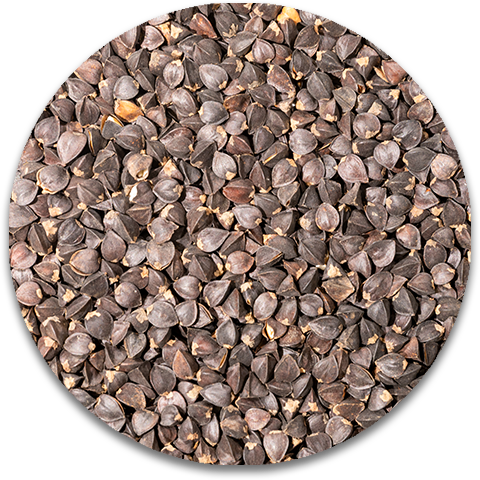 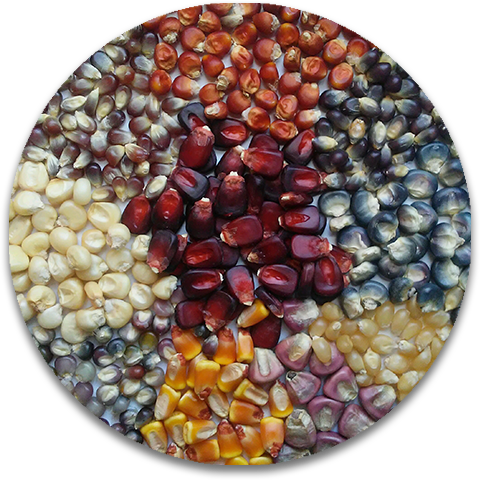 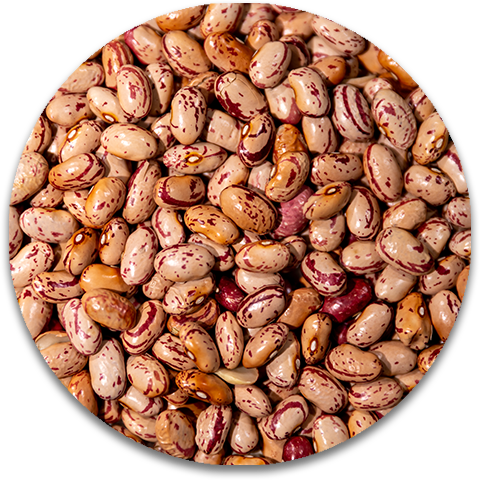 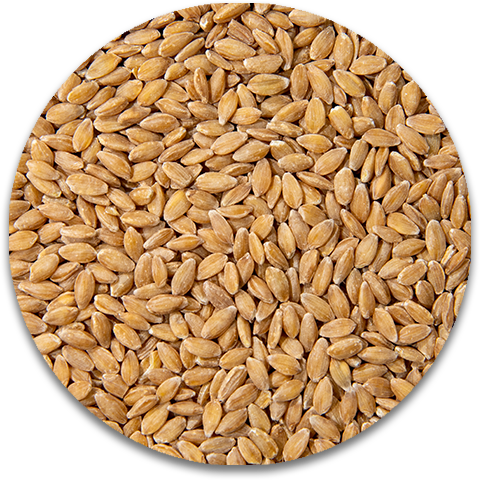 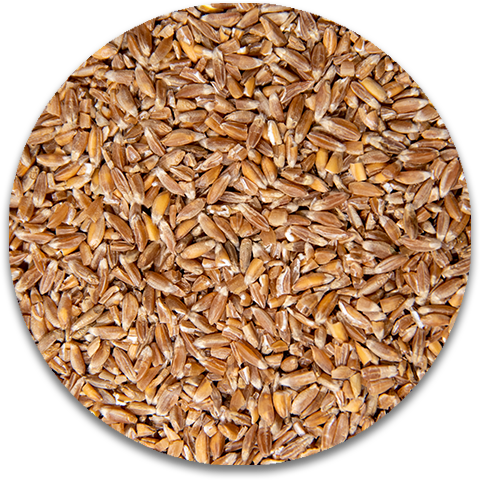 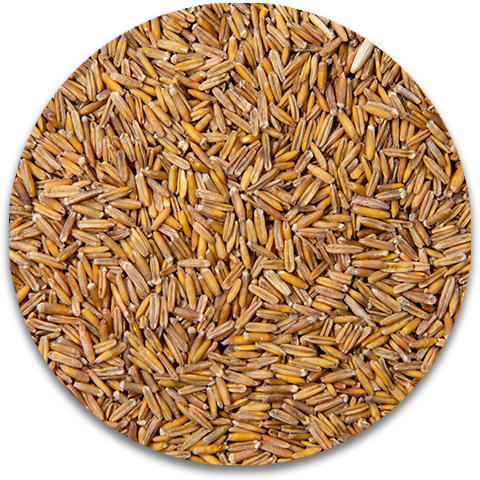 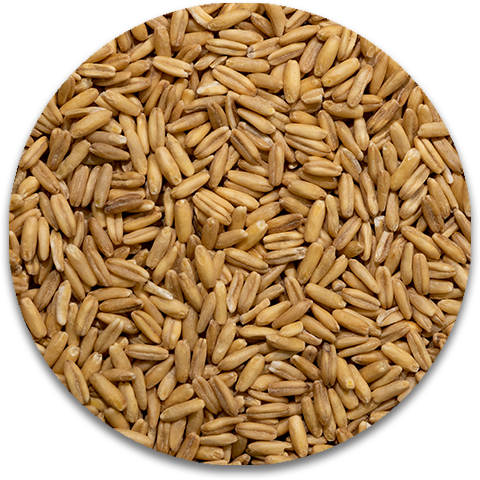 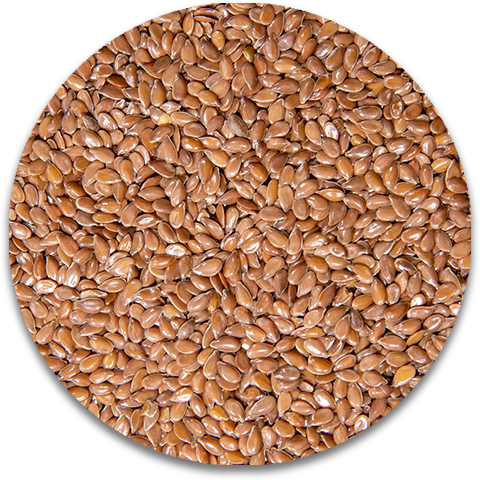 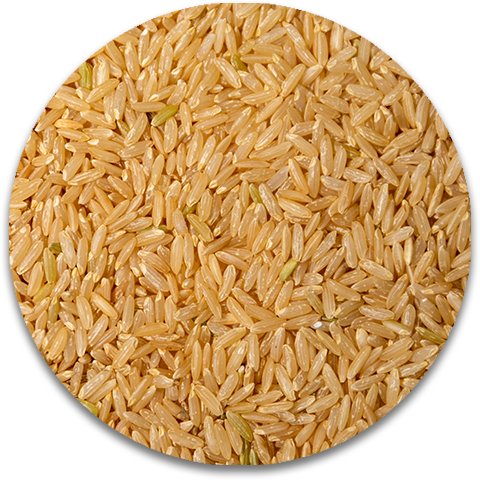 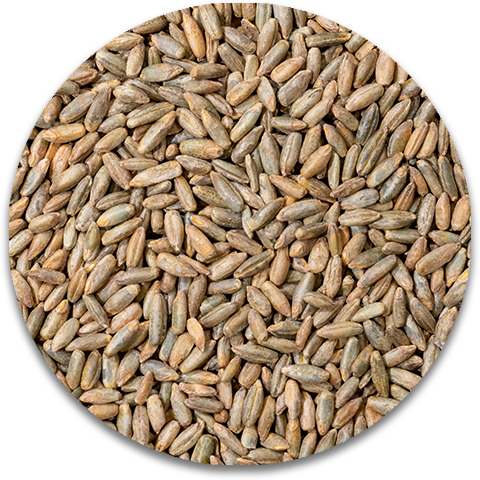 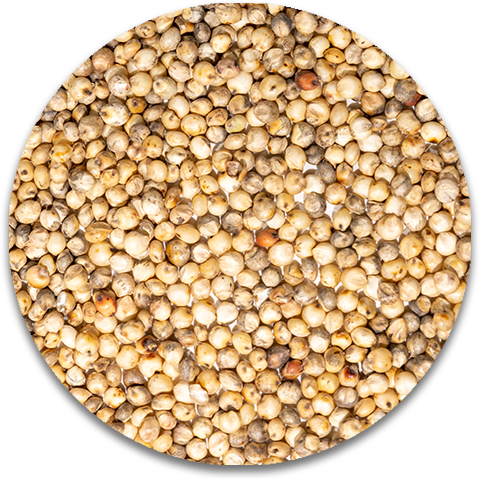 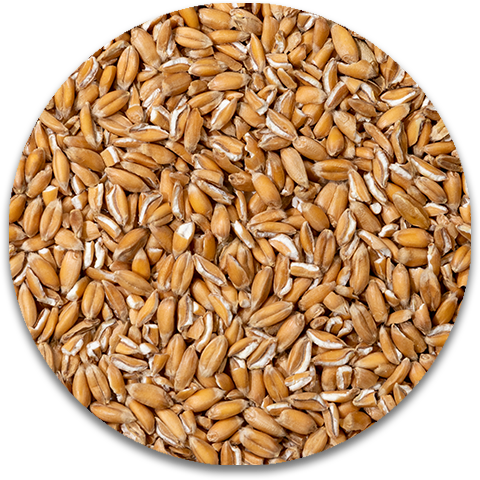 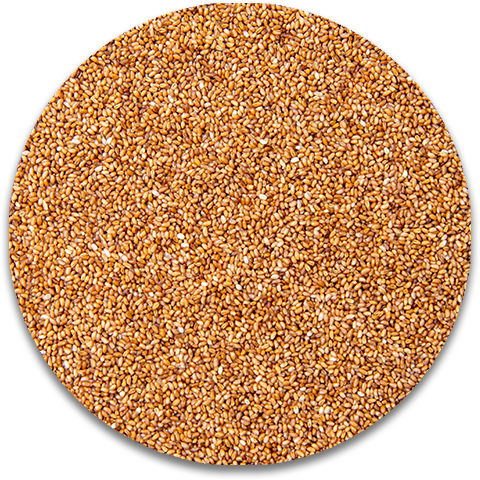 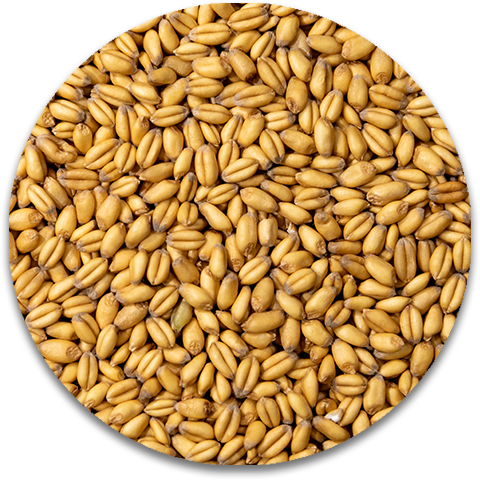 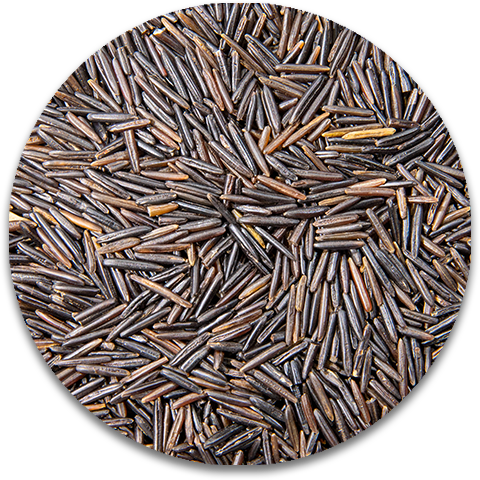 A marketing concept more than a classification, the name suggests grains that date from very early in the domestication of crops. Ancient types of wheat commonly include einkorn, emmer, spelt, and khorasan (KAMUT®).

Crops—whether grain, flowers, or vegetables—come in a few types; annual, perennial, and sometimes biennial. Annual crops are planted and harvested in a single year, and require replanting for any future harvests. Perennials are cold-hardy plants that return for many years in a row after harvest. Though most grains currently grown in the Midwest are annuals, perennial food crops are being developed to help make agriculture more sustainable. Perennials reduce the need for tillage and keep the ground covered continuously throughout the year, avoiding erosion.

Grain kernels have three major parts: a wholesome protective seed coat called bran, the small nutrient-filled segment called germ, and the starchy protein-filled middle that makes up most of the seed—endosperm. In conventional grain production systems, the germ is stripped from the kernel to promote shelf-stability because it is a fatty, and therefore perishable, part of the grain. The bran is also generally removed because of industry preference for white flour. This is slightly different for oats, which are heat-treated with the bran and germ in-tact in dominant grain processing.

In regional grain systems where stone milling facilitates the retention of all three parts of a seed in the final whole grain flour product, the colors of bran affect the flour’s flavor. Red wheats contain tannins that can lend bitter tastes to whole grain flour, while white colored wheats have more delicate flavors, and many even have a floral taste.

Also called formal or professional breeding, the deliberate crossing of plants from two chosen plant parents followed by selection of new varieties with desirable properties from the resulting populations. This process happens in backyard gardens, on farms, at university and other research stations, and at private seed companies.

Grain kernels have coverings, or hulls, that protect them during growth. At harvest, some grains easily drop their hulls, while others (emmer, einkorn, spelt, barley, and oats) remain tightly connected, requiring mechanical separation to remove them. This process is called dehulling, and grains that require it are considered ‘hulled’. Free-threshing—the development of grains that come loose from their hulls during harvest—began in Roman times, and remains of interest to farmers and plant breeders today.

Genetically modified organisms are made through genetic engineering or transgenic technology: the insertion of genetic material from one plant, animal, microorganism, or organism into another. These combinations would not occur in nature, and the process is very different from the manual crossing of plants used in classical plant breeding. In grains and legumes, GMO corn and soy are common. GMO wheat is in the test phase, but not yet on the market. Labeling of foods that contain GMO ingredients will be mandatory beginning in January 2022, and all certified organic foods are inherently non-GMO.

Wheat gluten is made up of two proteins, glutenin and gliadin. As dough is hydrated, these proteins provide the elasticity and extensibility needed for making leavened breads; carbon dioxide trapped by a network of linked glutenins and gliadins causes the bread to rise. Gliadin and glutenin are present in varying degrees in all wheats, including einkorn, emmer, spelt, and Kernza®.

Barley and rye contain different kinds of gluten proteins, which is why barley and rye breads do not rise in the same fashion as those made from wheat. Confusingly, some rice is called glutinous (glue-like) because of its sticky carbohydrates, not because it contains gluten proteins.

You can learn more about the science of gluten in this lecture from Professor Andrew Ross, Cereal Scientist at Oregon State University, and by reading this paper written by Lisa Kissing Kucek, Wisconsin-based research geneticist with the USDA Agronomic Research Service.

For grains, these terms primarily refer to varieties that existed prior to the Green Revolution that occurred in the 1950s and 60s, though the classification of individual grain varieties is not universally agreed upon. Varieties within a single species are commonly referred to as ‘heritage’ or ‘heirloom’ and include examples like Turkey Red and Red Fife wheats. ‘Ancient grains’ tend to refer to an entire species of a plant (emmer, einkorn).

A variety created by crossing two plant parents to create offspring more vigorous than either parent alone. Hybrid seed is commonly used for crops that require cross-pollination, like corn, and not for crops that are self-pollinated, like wheat or beans. Combining traits creates seeds with genetic advantages, like disease and pest resistance, and higher yields. Farmers do not save seed from these crops because of intellectual property protections, and variability in their offspring. Corn hybrids began to be developed in America in the early 1900s, and were planted commonly starting in the 1940s. Hybrid rye, developed in Germany in the 1980s, is a new crop in America.

An F1 Hybrid refers to the ‘first filial generation’ from a cross, which is what is used as seed.

Scientifically, modern grains are traced to the establishment of free-threshing varieties in the Roman era. However, the adjective ‘modern’ in its common usage typically denotes varieties developed through classical breeding programs, generally after 1950. Maize hybrid varieties became common at this time and the Green Revolution breeding programs in Mexico and the Philippines developed semi-dwarf, multiple disease resistant rice and wheat varieties. Dwarfing aligned with Green Revolution programs to increase the use of agricultural inputs such as fertilizer and irrigation water because older varieties grew too tall and often collapsed (lodged) under such favorable conditions.

Warthog and Frederick wheat varieties are examples of modern grains, and are commonly used in regional and organic agricultural systems. Modern grains are selected for characteristics such as uniform height, early maturation, high yield and protein, resistance to disease, and winter hardiness. These and other traits are particularly important as farmers and eaters face a changing climate.

Plant foods that are used like cereals but not scientifically classified as members of the grass family are known as pseudocereals. Buckwheat is an example of a food from the broadleaf family (i.e., not a grass plant) that is high in carbohydrates and behaves like a cereal in the kitchen. These crops are favored by eaters because they do not contain gluten or may have special flavor or textures. They also perform important roles in a farms’ crop rotation and can be adapted to difficult soils and climates.

Spent grain is what remains after grain has been used for brewing and distilling. Spent grain mash contains valuable nutrients, protein, and fiber leftover after grain sugars have been used up during fermentation. Beyond feed for livestock, spent grain can be used as an addition to granolas, hot cereals, spice rubs, and incorporated into baked goods.

Small grains can be planted in the spring and fall. Fall planted grains (called winter grains) go dormant during the winter, just as a lawn does. Areas too cold to tolerate over-wintering tend to grow cereals planted in the spring. In most regions of the Midwest, farmers can plant both winter grains and spring grains which gives them more rotational options. The timing of planting affects the composition of the grain. Spring wheats often have higher protein, which makes them better for bread, while winter wheats and barleys tend to have higher yields and lower protein.