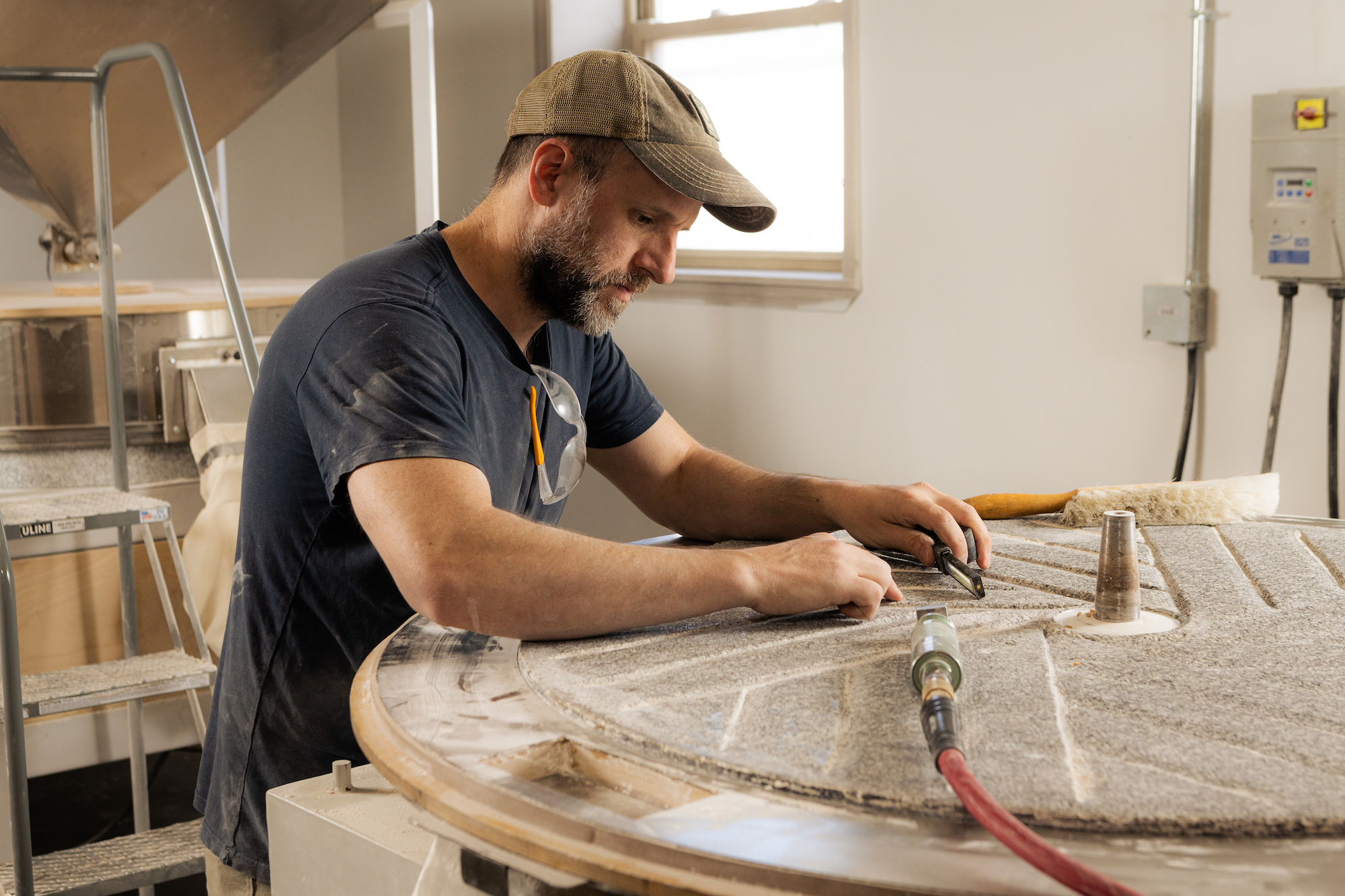 Baker-turned-miller Will Berndt knows flour, and is a fresh flour asset for Kansas City.

Marion Milling is breaking ground for grains in the wheat belt. Located in Kansas City, Missouri, the mill is special because it sources its grains directly from farmers, and because of its focus on fresh milling. Most of the wheat grown in the area heads into the commodity system, which functions at too large a scale to celebrate connections along the grain chain.

“We're trying to shorten the distance from the farmer to the customer,” said Will Berndt, Marion’s founder and head miller. Being able to talk to people about the grains, as well as where and who they are coming from is important. “Our goal is to have a very localized grain economy.”

Will is focused on creating a flour system that supports relationships. He became a part of grain work as managing baker at both Ibis and Fervere, linked bakeries in the Kansas City area, first known for baked goods made with natural leavening, and eventually, for fresh flour. Ibis Bakery founder Chris Matsch encountered fresh flour at Boulted Bread in North Carolina, and as the business stretched into a downtown location with Messenger Coffee Company, they installed a stone mill. The former automobile showroom had loads of space to highlight milling flour and coffee roasting, and invite people into these intermediate processes; conversations about these foods included the starting points and people they connected with for the raw ingredients.

Will fell for fresh flour for many reasons. “Milling really changed all our baking, and it just became very exciting. It felt like we were using something real, whereas when we were using extremely white flour it had a bit of an artificial feel.”

The flavor, aroma, and texture of the dough really appealed to him, and overrode the challenges of figuring out how to use something so different. He liked freshly stone-milled flour made with regional grains so much, along with the connectivity of the flour and foods made from it, that he began thinking of milling at a bigger volume. When, during the pandemic, Ibis Bakery and Messenger Coffee were purchased, Will and Chris Matsch knew it was time to take steps to make Marion Milling happen. Chris was an investor in the mill, and remains a mentor to the project.

Marion Milling is located in the historic stockyards area, and has two New American Stone Mills and sifters. Storage is onsite, and limited to 30,000 pounds of grain, which the mill makes into flour over the course of a few months. Their farm sources are listed proudly on their website, including AGC member Janie’s Farm.

“180 Farms in Missouri grows the majority of our wheat, hard red and hard white,” Will said. They met farmer Greg Guier through buying eggs for the bakery, and found out that he’d been a grain farmer and still had land. Now, in addition to supplying Marion Milling, the farm sells wheat berries directly. If people ask Will for grain, he suggests they buy directly from the farm.

Ibis Bakery is the mill’s largest customer, and that stability is a boon as they get their footing. Given his experience, Will is able to help restaurants and bakeries adjust their recipes to suit the flour. The mill has a mixer and oven so he can test bake with grains as they come in from farms, andIbis is also a core participant in the testing process.

Jon Szajnuk recently became the mill’s first employee, after first being a customer for his cottage bakery, AGC member Jonny Bakes. Jon’s sourdough hobby took off during the pandemic, and he rewired his house to handle the draw of five ranges and four refrigerators. At peak, he was baking 350 loaves a week. When his health forced him to slow down and pursue a more sustainable schedule, Will hired Jon to take care of sales at Marion. Now Jon is a self-described “flour evangelist” for the mill five days a week, as well as baking about 100 loaves that he sells along with flour on Saturdays at the Brookside Farmers’ Market.

Most of the farms Marion Milling works with don’t have cleaning equipment for removing stones, weed seeds, and imperfect kernels from the rest of the grain—an essential step in making quality flour. As a new AGC member, Will looks forward to dipping into the network to learn others’ approaches as he figures out their own.

“We’re hoping once we get some cleaning capabilities, we'll be able to work more closely with smaller farmers,” said Will.